Me
Thank you for telling me about medical placement and Kenya’s city.

By the way, speaking of Africa, did you go to safaris and see wild animals?

Katie
Yes! I did!
I went to Masai Mara and Hell’s Gate National Park.

Hell’s Gate National Park has a rock that became a model for “Pride Rock” in “The Lion King”.

Did you take any photos?

Katie
Yes!
I took so many.

I can show you some good ones. 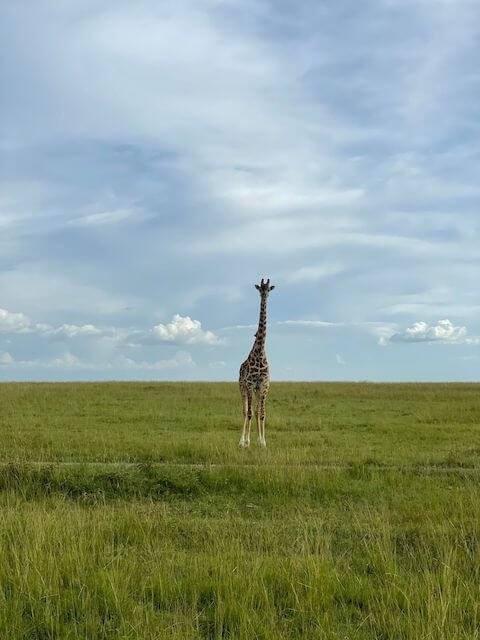 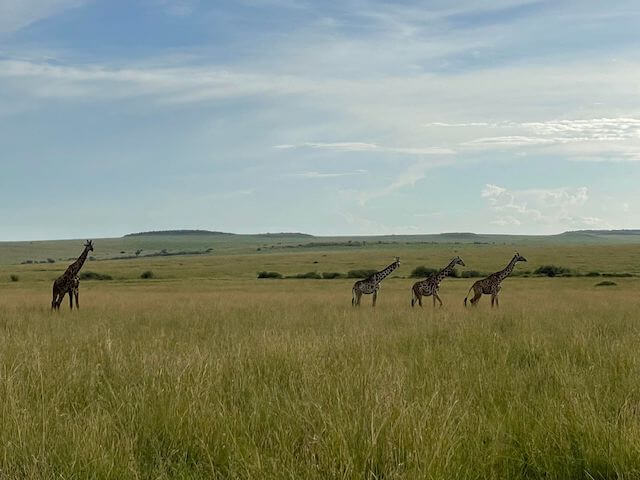 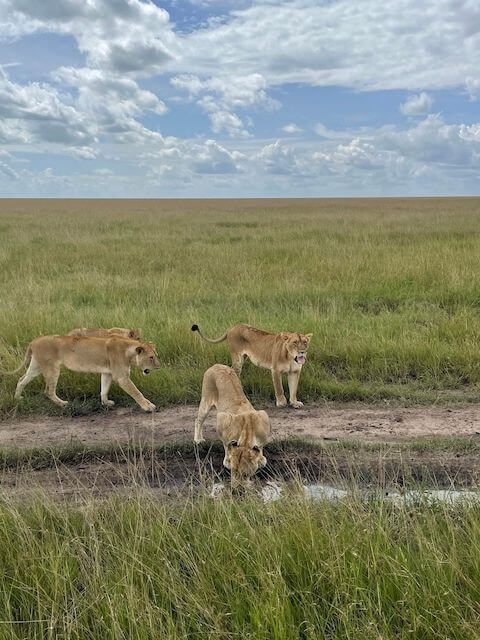 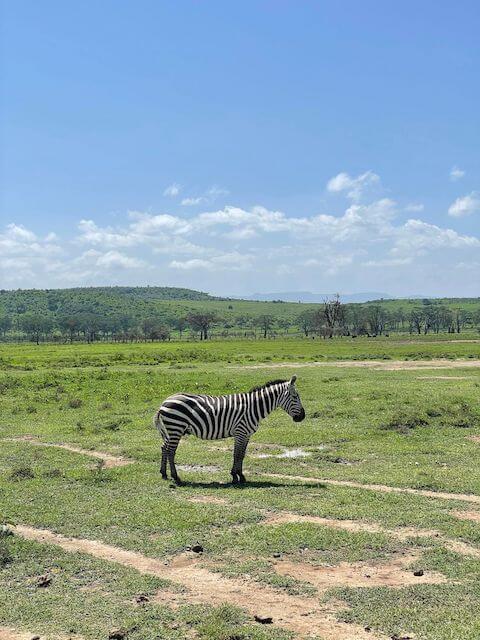 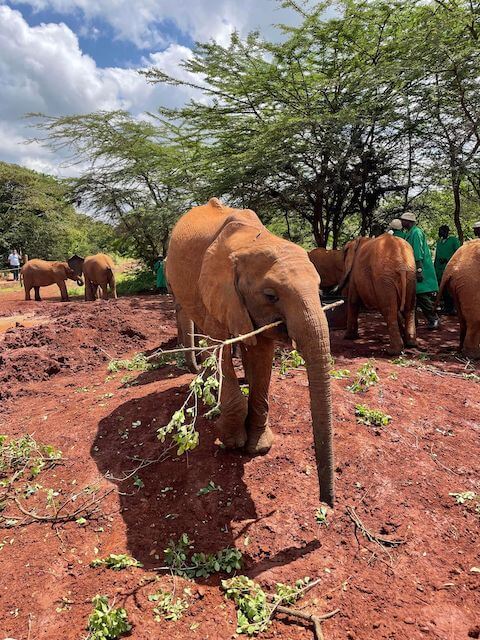 I have only seen them in a zoo.

Katie
It’s awesome to see wild animals in their natural habitat – running around, eating and just living their lives!

Me
I found lions!
Aren’t they dangerous?

If they attack you, it is very scary.

Katie
Apparently, the lions are scared of cars because they are bigger than them.

So, as long as you stay inside the car you’ll be safe.

But it can be a little scary when the lions come very near as the cars don’t have windows.

It is very scary!
Claws and fangs could reach inside the car if you were unlucky!

But, normally they don’t attack you. So, don’t worry.

When I go to safaris, I won’t worry about it.

Katie
I also went to an elephant orphanage to see some baby elephants.

Me
Is that this photo?

I thought the elephant looked smaller than what I expected.

I heard they are friendly, can you touch them?

I wonder if you can touch giraffes and zebras too.

Katie
You can touch the elephants in the orphanage if they come near you. Sometimes they’re really playful and touch your face with their trunks too!
You just have to be careful not to let them step on your feet when they get too close!

I want to touch them too.

Katie
They are covered in dry mud so it feels hard and rough.

Me
I see, interesting!

We can see them in the zoo, but we can’t touch them.

By the way, the nature seems so vast!

Do you have any other photos of the landscape?

Katie
Yes, sure!
These are some of my favorite photos. 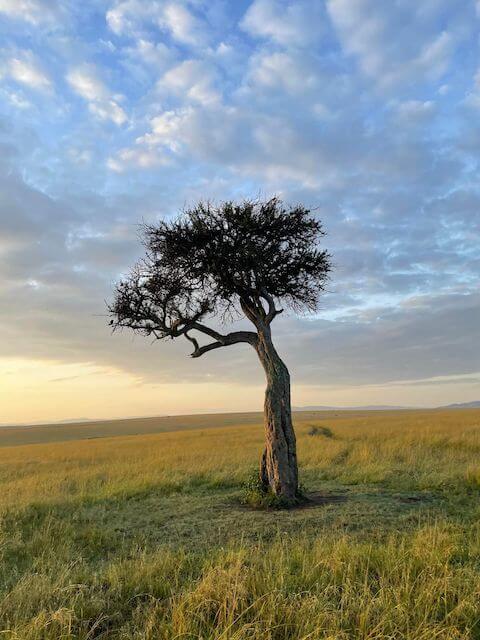 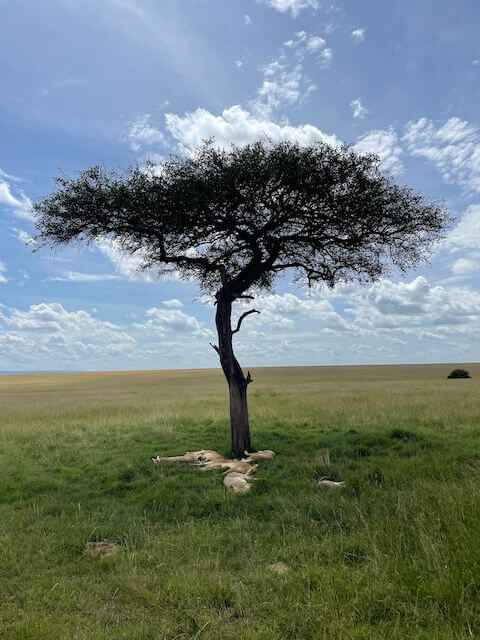 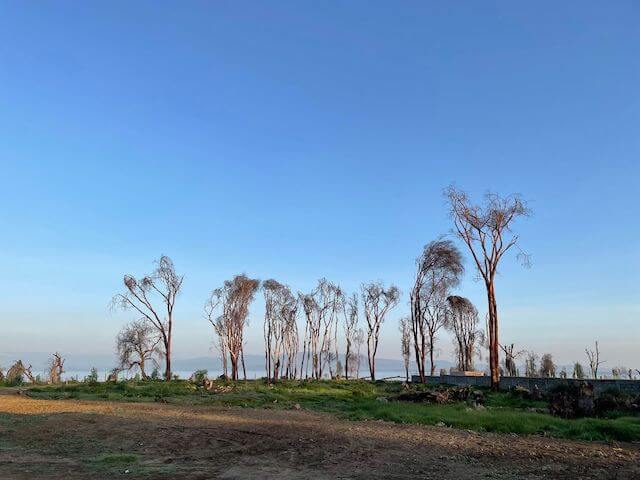 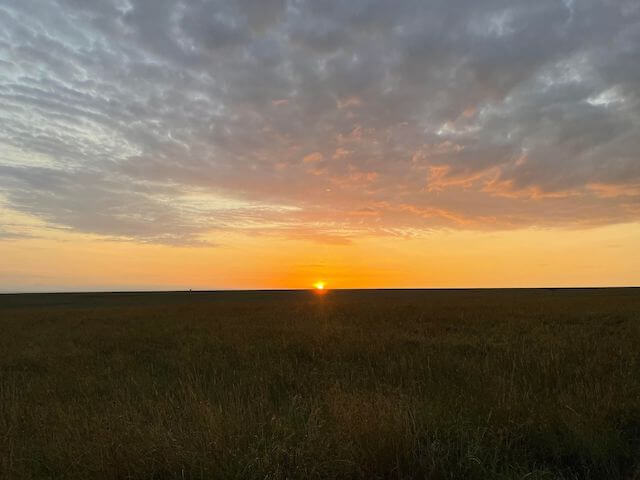 Me
Amaaaaaaazing!
I don’t have a word!

Especially, the last photo of the sunset is awe-inspiring!

Katie
Yeah! It was beautiful!

But, actually the last photo is of the sunrise, not sunset.

I didn’t notice that. HAHAHA.

Then, did you go to the safari really early?

Katie
Yeah, animals are most active during the night and early morning.
So, we went there before sunrise to try and see as many animals as we can.

We were hoping to see the lions hunt but we only found them after they fed already.

Me
Great!
You can see them hunting if you are lucky?

Katie
Yes! definitely!
I couldn’t see them hunting, but I saw a pride of lioness and their kids eating a fresh buffalo!

Me
Wow! You really witnessed the circle of life!

Katie
I took this photo from the safari car. 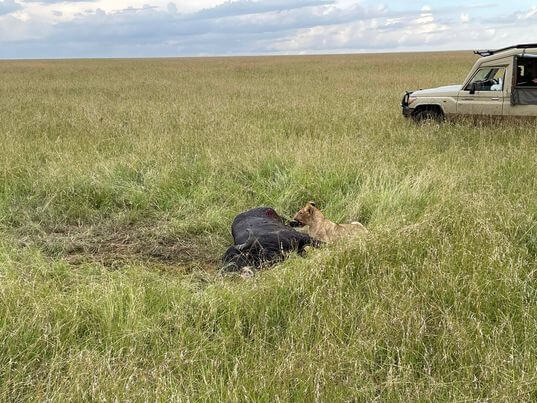 Me
Wow! That’s incredible!
That’s so lucky that you got to see the wildlife in such proximity!

Katie
Kenya has beautiful sceneries other than the savanna as well.
For example, this is a photo from a beach on the East coast. 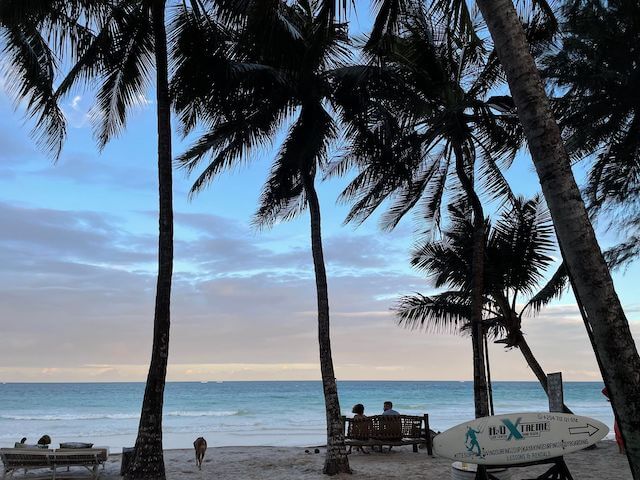 Me
WOOOOW! Where is this?

I didn’t know that African countries had beautiful beaches!

Katie
It was the softest and the whitest sand I’ve ever walked on!
Unfortunately it was winter there so the water was cold but I would love to go back there when I can actually swim in the water!

Me
Great! If I can swim there, I want to try!

By the way, Is it winter in Kenya now?

N.B. She went to Kenya in June.

Because Kenya is under the equator, they have rainy season (winter) and dry season (summer).
Apparently June was the beginning of the rainy season. I heard that the best time to go is December which is their summer!

Me
Oh! I heard that the Philippines has a similar climate too!

Katie
I suppose counties near the equator are like that!

Me
I didn’t know that!

Oh… but when I come to think of it, my hometown Okinawa is similar.

They don’t have clear 4 seasons unlike the main island in Japan.

Me In an English lesson online, the tutor told me an interesting thing. He said, the Philippines have only 2 seasons. O...

Me The other day, I bought a new shoes. Whenever I buy shoes, I always throw away the old shoes on the spot and put on ...

Me About writing the diary in a chat style, It's surprisingly difficult to keep it short. It just gets long. I just wan...

Katie My flat Wi-Fi is down. If it does not recover until tomorrow, can I change the schedule to Wednesday. Me OK! Fo...

me Hey! How was your Christmas? Many Japanese people eat Kentucky Fried Chicken for Christmas, but is it true that peop...
(Kenya)Visiting the Kenyan capital city
(Kenya)Kenyan local food